My evidence to the Westminster inquiry on grouse shooting

Posted on October 2, 2016 by wildlifedetective

Poisoned white-tailed eagle ‘White G’ recovered by the author in 2008 after eating poisoned bait set out on a driven grouse moor in Angus. This was a young bird fledged on the island of Mull
My background is as a police officer in Scotland. I was involved in various aspects of policing for 50 years, dealing with poachers in my earlier years and during the last 20 years as force wildlife crime officer, initially as a serving officer and latterly in a civilian role. For the last three years I worked as an intelligence officer with the National Wildlife Crime Unit.
As a young man I went grouse beating, helped gamekeepers and indeed shot grouse. I was a great supporter of gamekeepers until relatively recently, but the volume of wildlife crime I saw that was clearly committed in the name of game management astonished me. I tried hard to integrate keepers into the Partnership for Action against Wildlife Crime, which meant I was then shunned by some conservationists. I shrugged that off but could see from policing and NWCU intelligence that on driven grouse moors, in particular those under sporting agents, the level of wildlife crime continued and showed no signs of abating.
The crimes I encountered or dealt with ranged from the killing by various means of golden eagles, white-tailed eagles, peregrines, red kites, goshawks, buzzards, ravens, badgers and otters to the illegal shooting of deer to reduce the tick burden on grouse. On one driven grouse moor all the deer were shot at night in a spotlight and the carcasses left on the hill. On another driven grouse moor the native trees beside hill burns were cut down to prevent the roosting or nesting of any birds that might predate grouse. Intelligence consistently showed that the worst areas were east and south-west Scotland and the north of England, all areas of driven grouse moors. Considering I was once part of the ‘shooting scene’ and used to shoot game this has completely sickened me.
The regular discoveries of poisonous baits or their victims present a real risk of serious injury or even death to anyone encountering and touching them. Most are found on driven grouse moors and sooner or later will lead to a fatality. In Scotland in the last five years at least eight satellite-tagged golden eagles have ‘gone missing’ in areas of grouse moors. This, together with a considerable number of hen harriers that have also ‘gone missing’ in grouse moor areas in Scotland and the north of England, strongly indicates there is no let-up in criminality.
The Scottish Parliament has made great strides forward in improving wildlife law. Examples are vicarious liability, adding the term ‘reckless’ as an option to ‘intentional’ for most wildlife crimes, upgrading snaring legislation and extending time bars for court proceeding to three years from the date of the crime. Nevertheless, despite these welcome changes, it remains almost impossible to gain a conviction for wildlife crimes committed on the vast expanse of grouse moors with multiple gamekeepers. Many landowners, sporting agents and gamekeepers on driven grouse moors are well aware of this and completely ignore the law, with the situation being considerably worse in England since the Conservative Westminster Parliament is very strongly influenced by MPs heavily involved in game shooting.
The grouse shooting lobby may try to argue that if grouse shooting is banned then many people would be out of work and the local economy would suffer. This need not be the case. There is a variety of uses for moorland, including re-wildling, that will be far better explained by others than I could ever attempt. The grouse shooting lobby try to argue that running a moor for driven grouse shooting is better for the wading birds that (should) nest there. Some driven grouse moors I have been on are almost barren of wildlife apart from red grouse, and certainly very few – if any – raptors. Many of these moors are in national parks where visitors expect to see an even bigger variety of wildlife than elsewhere. The current publicity created by wildlife crime together with a limited range of species of interest must negatively affect visitors’ impression of national parks and will adversely affect local economy. Wildlife tourism could potentially bring in much more to local economies than ever grouse shooting did.
Genuine hard-working hill farmers are well deserving of CAP payments – maybe even increased CAP payments. I have been privy to the vast sums of money given to some grouse moor owners as CAP payments. Many are already millionaires and are being given money – my money as a tax payer – to run a few sheep which are there primarily to mop up ticks that might otherwise find their way on to grouse. I object as strongly to this as I do to some of these estates running rings around the law. Whether they like it or not we live in the 21st century, not the 19th century and the killing of protected species is reprehensible and does the reputation of the UK incredible harm. The Westminster Government has been virtually aiding and abetting wildlife criminals for years and it is time they realised the sway of public opinion against driven grouse shooting, the direct cause of so much wildlife crime. Warnings and compromise have been tried many times and failed.
I never thought I would ever say this but it is time to completely ban driven grouse shooting.
There is still time to express your views on whether or not driven grouse shooting should be banned. The link is http://www.parliament.uk/grouse-shooting-inquiry?utm_source=petition164851 though responses are required by 5th October.
Posted by Backsbottom Farm at 01:49 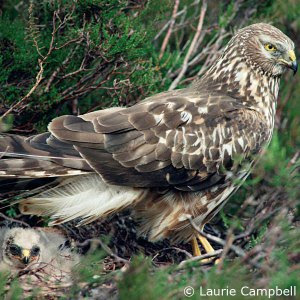